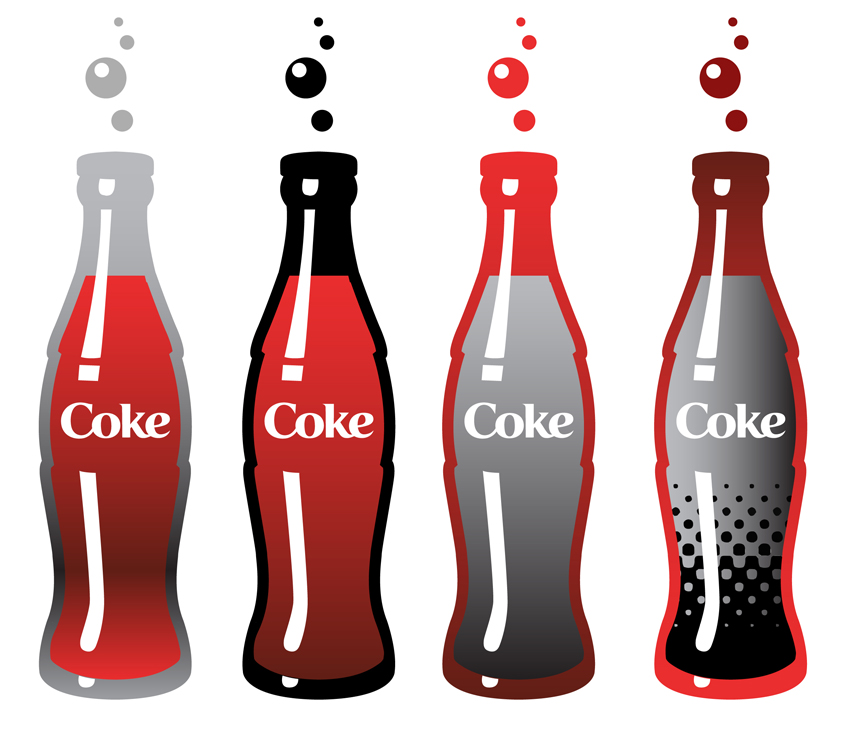 I promised several case studies in support of my thesis and this is:

Soda sales have fallen in the US for 12 straight years.

The Coca-Cola Company has responded with all kinds of innovation. Water is now a big seller.

But all innovations have had a partial quality. Nothing produced by the Coca-Cola innovation pipeline has had any promise of making a Coca-cola product as compelling to the American consumer as Coke once was.

If Coca-Cola had read culture well and early, it might have mustered the will to begin again. Instead, it responded with partial, sometimes half hearted, incremental innovations.

What we needed was a big picture, a demonstration of two new, bitter truths:

What we needed was a radical act of reinvention, a new new Coke.

My colleague Kevin Clark has an answer. He says it would probably look a little like gazpacho, or its commercial equivalent, V-8.

Except that it would be exemplary on every dimension…in a way that V-8 is, um, not.
The new new Coke would have ingredients that were organic, locally sourced. The nutrition would be exemplary. This new new Coke would be not an acceptable trade-off, not a forgivable compromise, but the very thing we want to drink a lot of. The taste, the packaging, the design, would all be perfect, all in keeping with the culture motifs and meanings of the moment. And we would communicate this new product according to the new rules of marketing (little, local, hand crafted, playful, counter-expectational) as brilliantly as the old Coke used the old rules of mass marketing and mass media, the ones perfected by the likes of Thomas Nast and Norman Rockwell (below). 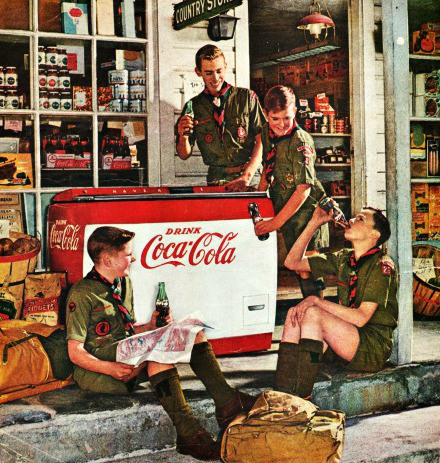 The new new Coke would be as superbly “social” online as it once was in the 20th century soda fountain and fast food drive-in. And of course it would live online as much as it lived in the world. It would be a “Mona Lisa [in] overdrive.”

The new new Coke would be invented, customized, crowdsourced and localized, crafted as much by consumers in all their blooming diversity as it was by a group of people in Atlanta.

In short this product wouldn’t look like a product at all. The brand wouldn’t act like a brand. The marketing wouldn’t proceed like marketing. The “drink” wouldn’t really be a drink. This product would be as superbly responsive to our present America as Coke was to the 20th century.

I can hear someone saying, “I don’t think you understand how difficult this is.” Um, actually I do. Here’s what an anthropologist knows about “Culture Inside,” the culture that defines thought and action inside the organization. Almost everything about this corporate culture conspires to keep people locked in the ideas and practices they know and trust. And the vested interest! Yikes! Could the existing bottling system deliver the new new Coke? Not without massive, painful and incredibly expensive change.

The full scale of the challenge is almost impossible to overestimate. The only way to create the new new Coke is to break from the past. And this means breaking with the institutional heart, mind and memory of the company.

There is a strategy for managing change of this order. Call it the Saturn model. Around the existing organization, the mother planet, we want to build a ring where people are allowed to reinvent with no obligations to existing practice or orthodoxy. This is the skunk works strategy except that what is happening on the ring is not a merely an experiment, not a quirky act of imagination. It is deadly earnest. It’s the future.
“So where does culture come into this?” you may be asking.

Working with American culture stretches us in two directions, in time and in space.
It broadens us in the moment. It says that it’s not enough to focus on the existing business model. It’s not enough to maximize and optimize. It’s not enough to “stick to our knitting.” In the famous words of Theodore Levitt (so this impulse has been part of management philosophy for a long time), we must ask “what business are we in?” For survival purposes, we need a place to see black swans, blue oceans, threats and opportunities. The American culture approach says, “put that knitting down and look around you.”

The corporation used to live in a narrow “here.” There were no surprises “out there.” Now of course surprise is the order of the day. Opening things up, we see the full competitive, technological, demographic, economical, political contexts. This is what happens when we embrace culture. It is one of the ways we cast the net wide and expand our “here.”

We also need to expand our “now.” In the old days, we could focus on the moment. This was the best way to harvest value, to spot and act on opportunity. But a strange thing happened to our “now.” It was invaded by the future. We are now living with innovations from startups, competitors and the gurus of Silicon Valley, the nature and effect of which are extremely difficult to determine. Any one of them might take our market away. All we can say for certain is that somewhere out there there is a black swan with our name on it. When it comes for us, and it will come for us, we will have almost no time to react. And this means that a narrow “now” is a very bad idea.

So we want to build pictures of the futures, scenarios that acquaint us with some of the ways the future might “break.” We need to map the future to capture the sheer multiplicity of possibility. We have big data. We are getting better at visualization. Why not use the big data to light up a picture of possible futures? I love the idea of a management team meeting once a week (or in times of crisis, once a day) in a war room that really looks like a war room. Maps. Visuals. Movements. Bets made. Bets doubled down upon. Bets rethought and repurposed. People reading the future as if they were standing in an air traffic control tower.

This is what the “future of the future” looks like for the corporation. And this is what is required of the Coca-Cola company. It needs the ideas and initiatives that give permission, provocation, proof necessary to start again. It looks incredibly difficult and dangerous. But what is the burden of senior management, of sterling leadership, if not this?

Culture Inside: this is the culture of an organization, the “corporate culture.”
Culture Outside: this is American culture.

1 thought on “American culture* and the new new Coke”