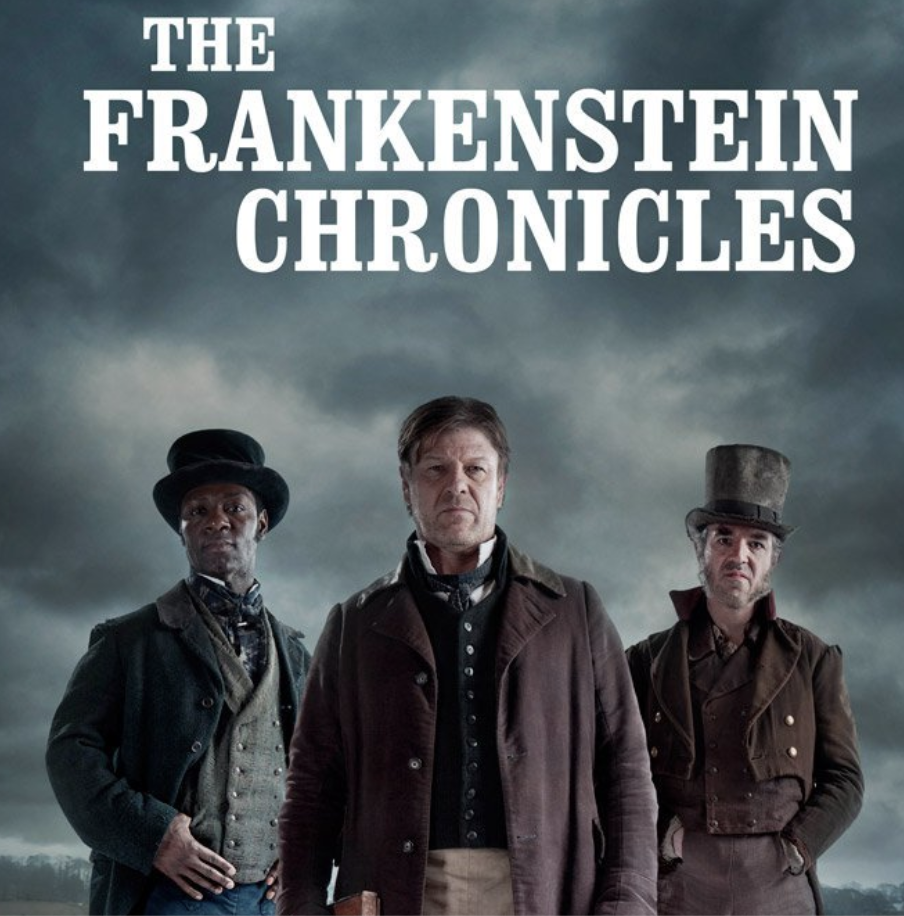 The thing that strikes you about The Frankenstein Chronicles is how gruesome it is.

This was true too of The Alienist.

In both cases, the series begins with a child who has been tortured and murdered.

The Frankenstein Chronicles is especially grim. The child is pieced together out of other dead children.

I think this is a case of TV struggling to find its way, and, in this case, failing. This might be a sign that dumb TV is once more in the works.

The TV revolution broke the old rules of TV.

Here are five of these rules:

1. bad things must not happen to good people
2. a TV scene must never require a second look
3. if you have to choose between a beautiful actor and a talented one, choose the former.
4. TV must be modulated, not raw (i.e., the showrunner must pull her punches)
5. TV must be convention bound, not free (i.e., when there is a genre convention, you must use it)

The Frankenstine Chronicles and The Alienist appear to be exploring yet another rule.

6. There are some non combatants in TV story-telling, especially the weak, the defenseless, and children.

And now TV goes even there.

This has been some of the excitement of the new TV, looking to see what happens when you break the Aaron Spelling rules of entertainment and make TV more like literary fiction and less like pulp fiction.

When TV breaks a taboo, every showrunner has something new to work with, a new dramatic wheel to add to their narrative clockwork.

And for awhile, the new convention is raw and remarkable. But eventually the new and unruly gets domesticated. It’s gets ruly.

The expressive world of TV is bigger. The experience of TV is less predictable and laborious. But things are settling down.

Sometimes, rules exist for a reason. Sometimes, nothing is gained by breaking them. In this case, the art of TV doesn’t get bigger. Sometimes, the medium is diminished.

Here’s what I worry about. Showrunners are now engaged in an arms race. They are now going to want to break even the rules that should be left alone. There are only so many viewers. And at some point, a new level of competition forces a new level of gruesomeness.

I happened to like Penny Dreadful. But this too seemed to exhibit an inflationary pressure. One monster was not enough. No, the writers ransacked every Victorian imagination for every monster.

Showrunners, here’s the thing about the new TV. You have vast new creative territories at your disposal. You have at least two generations of fantastically alert and thoughtful viewers. Perhaps most important you have access to a very larger community of gifted actors. They can do much more with much less.

Showrunners, heal thyself. Stow the gruesome effects. Scale down the canvas. Work small, delicate and subtle. Take that actors out of their Dracula make-up and see what they can do with story telling that’s taut, disciplined and thoughtful.

Gruesome TV is in some ways a return to the old TV. It feels like a daring bid for something unprecedented. But really, and let’s be honest, it’s just lazy showrunning. As if someone said, “Dead child made up of other dead children? This has to get their attention!”

I leave to others this question: why is Victorian London the place where showrunners like to go for horror?