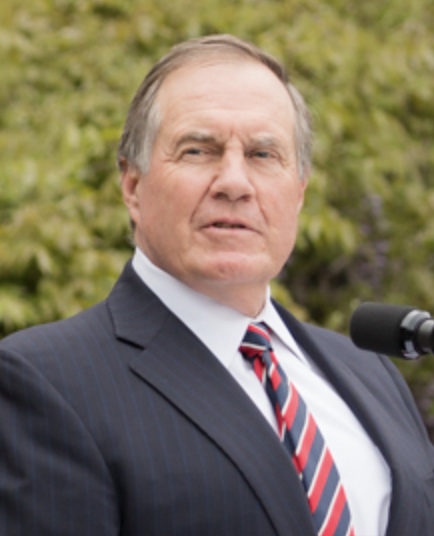 (This post was originally published on Medium two days ago. It is reproduced here with light editing only.)

How do they do it? How do the New England Patriots win so much?

Yes, Belichick is a genius. Yes, this system is the beneficiary of continuities at owner, coach, quarterback and players other teams can only dream of.

There are lots of answers. Every football fan has pondered them.

But here’s one I hadn’t heard of.

On Get Up (ESPN), Dan Orlovsky said this about the Pats offense.

This Belichick innovation is something more than a clever adaptation. It’s exactly the kind of thinking we prize these days. It rises above the architecture of thought and solves a problem in a new way. This is a classic disruption, a veritable black swan. The opposition can’t see it coming until there it is on the field.

Other coaches are prisoners of convention. They start with the positions specified by the age-old architecture of football. They find the players that fit these slots. And only then do they begin the work of strategy and execution.

“We don’t have positions to fill. We have problems to solve. We have plays to run. We will ask our players to conform to the play…instead of asking the play to conform to conventional thinking. Luckily, we have players so talented they can change their stripes from play to play.”

What does the Belichick disruption mean to the rest of us?

Most organizations are slaves to convention. There’s the hierarchy that distributes power. There’s the division of labor that tells people what to do. We ask our personnel to conform to these conventions. Instead of turning them loose to solve the problem at hand.

The photo is public domain.